My wrist is nearly healed enough to tat.  I tried it a week ago, but still hurt, so still on hiatus.  I am getting frustrated waiting.

There will be another hosp stay later this summer/fall at some point for farmguy and I will be wanting to tat while sitting at his bedside.

Last week we took a trip to Medora ND to see the scenery and the outdoor musical. The Musical was a lot of fun, even for Farmguy.  This link will take you to a google images page with photos of previous musicals and also shows the stage and seating set up.

We had a good time.
We toured both the South and North sections of Theodore Roosevelt National Park and saw some awesome scenery and interesting animals.

I forgot my camera, and didn't see any disposables for sale anywhere we stopped,. so the photos below are taken from the internet with appropriate links to where I found them.

This image is taken from here 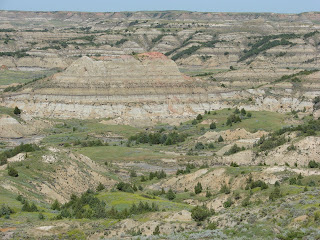 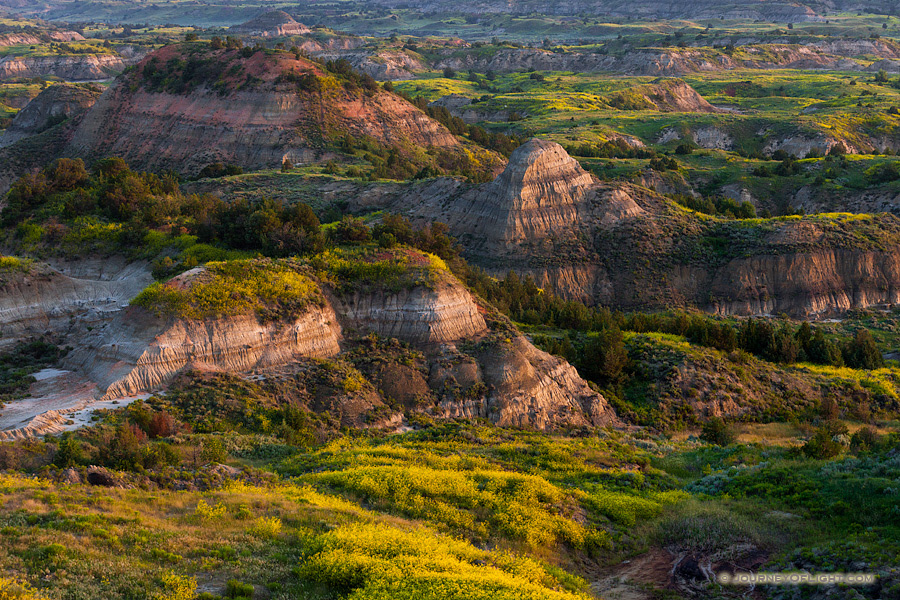 and the Painted Canyon


we also saw some interesting other things.  These are called Cannonball Concretions.  They formed from sediment that stuck to something and ended up rounded.  Then were buried in other sediment and now are showing up in the middle of bluffs 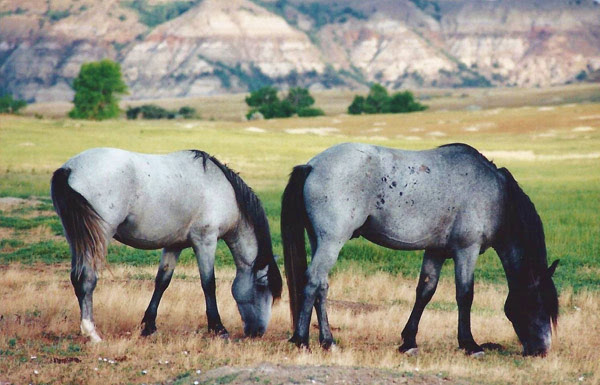 I think we saw the exact same horses in the picture, or at least some very like them.  They were beautiful.

We didn't see any Big Horn sheep which was a bit disappointing.  But all in all we had a good time.