I have gotten some tatting done.
The first is Renulek's Summer Doily 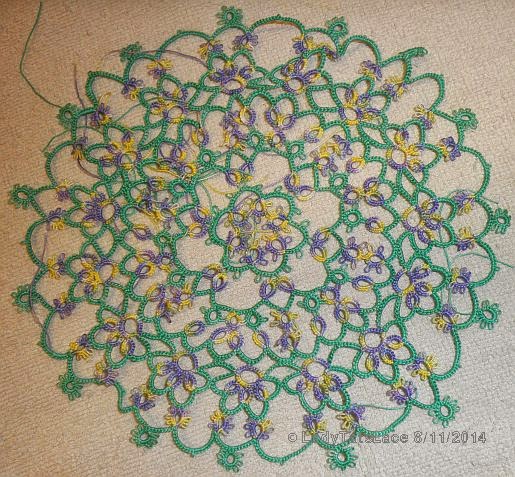 done through round 5.  The thread is size 40 hand dyed for me by Monica Braxton of NAGstudio on Etsy.  I think it is turning out like I was thinking of a field of wild violets.

A friend of ours lost his mother last week, so I tatted bookmarks for the family. 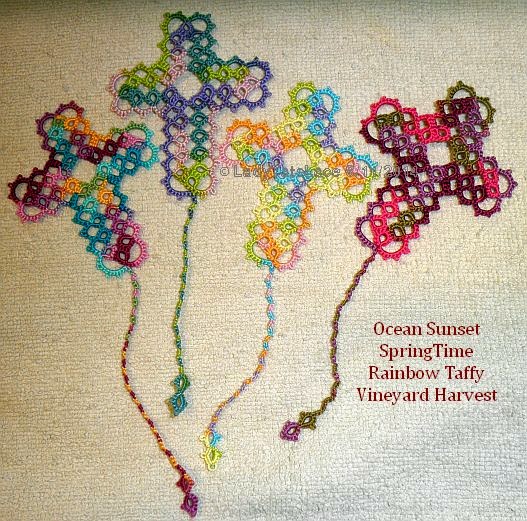 The thread is size 20 and the pattern is one I do by memory, I do not know where I picked it up, I have done it so many times over the years.

I also purchased 3 new shuttles the last couple months.  Did I need them?  No, I did not, but I wanted them.  he he,  not really smart money management, but they fed the need.
They are all Elite Creations Slider shuttles.


I really like the Teal and Rose Burl shuttles, they are short and I can go really fast with them.  The cross bookmarks each took my only an hour and a half to tat them.
The India Ironwood is a bit longer and I poke myself occasionally when tatting at speed.

Now onto other subjects, so if you don't want to read any further, you don't have to.

I have been absent from blogging for a long time.  Some of you know that Farmguy was diagnosed with stage 3 cancer and underwent Prostate removal surgery on April 30.  It was to have been an overnight stay.  well, things didn't go so well, and he didn't get out of the hospital until Jun 28th.  I lived in his hospital room with him, it made his stay go so much better, he didn't have to wait for nurses to come help with much of what he needed. We did nearly lose him once during surgery.  7.5hrs on the table for surgery #2, and 5.5 hrs for surgery #3

During that time he underwent 2 more major abdominal surgeries.  Both caused by complications that developed during recovery, not due to additional cancer.

He is recovering slowly but still has a long way to go.  He came home with 5 drains,  and umpteen pills and shots.  He has been able to get rid of 1 drain, but still has 2 nephrostomy tubes draining his kidneys into bags strapped to his legs, and both and Illiostomy and a Colostomy glued to his abdomen.
During his stay in the hosp he lost 40 pounds,  he now weighs 153 on a 6' frame.

Last fall he bought a new tractor and a new combine, will the tractor was brand new, but the combine is new to us, 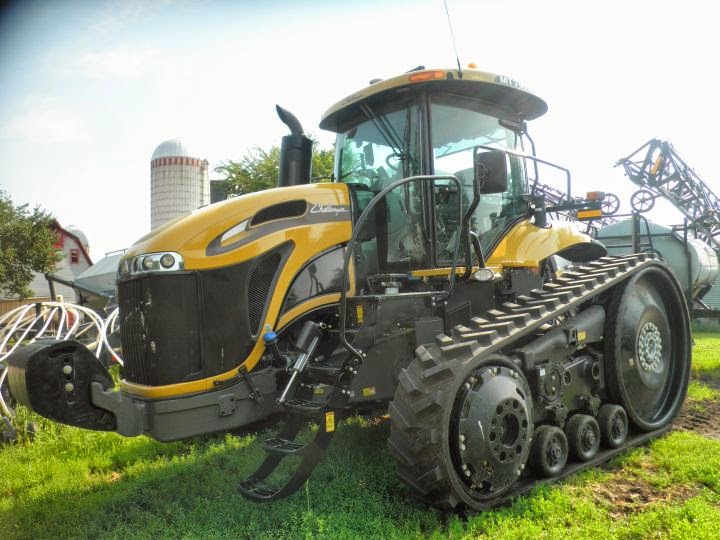 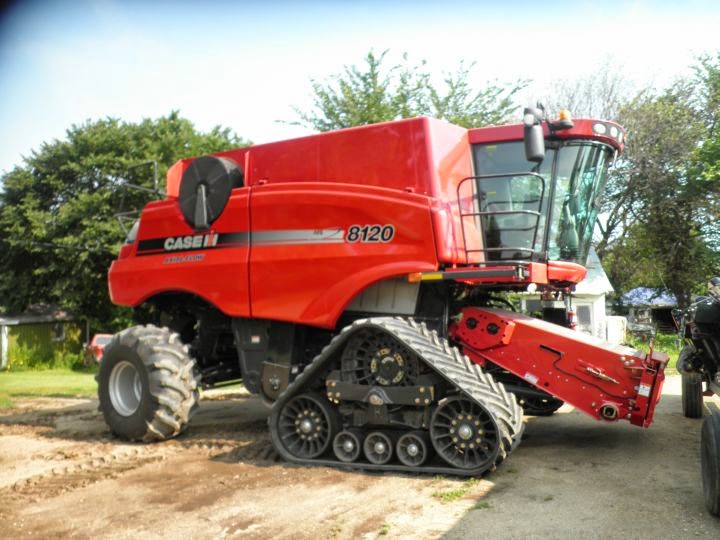 he had a chance to drive the tractor doing some spring tillage and a bit of planting before he had to go to the hosp, but never got a chance to drive the combine.  Wheat harvest will be going full bore in a couple of days so since the tractor was easy riding this spring, he thought the combine might be too, well not so much.  His hopes of running the combine during harvest were shattered today.  He is not healed up enough.  So, he will have to sit on the sidelines at least for wheat and likely next month for soybeans, but is hoping he can help with Corn harvest in  late October/November.

Because of his recovery, I have received permission to work from home so I can take care of him, and give him his meds, one of which is a shot that he gets 3x's a day.  So much fun to poke a needle in him.

My garden this year got lost in the weeds while I was at the hosp so you don't get to see that this year.

Our old dog died last year, so this year I decided to get chickens again.  I ordered them before things got out of hand with Farmguy.
This is what 75 baby chicks looked like on May 16th, when they were 2 days old. 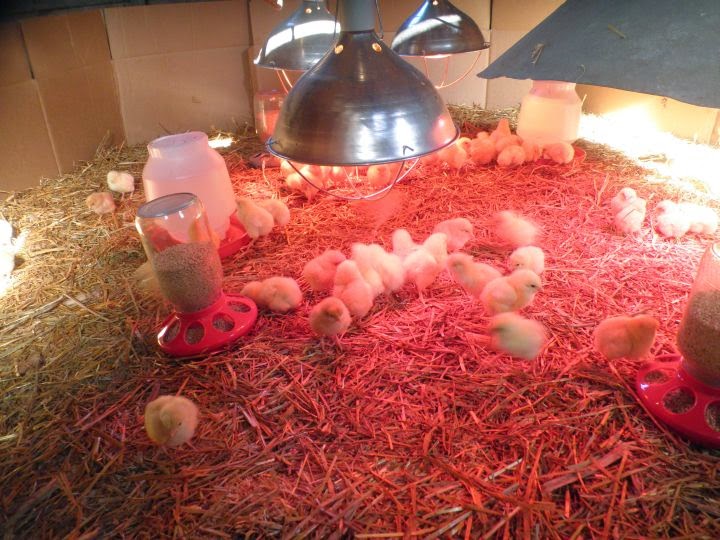 Did you know they mail your baby chicks to you?
This is how they come 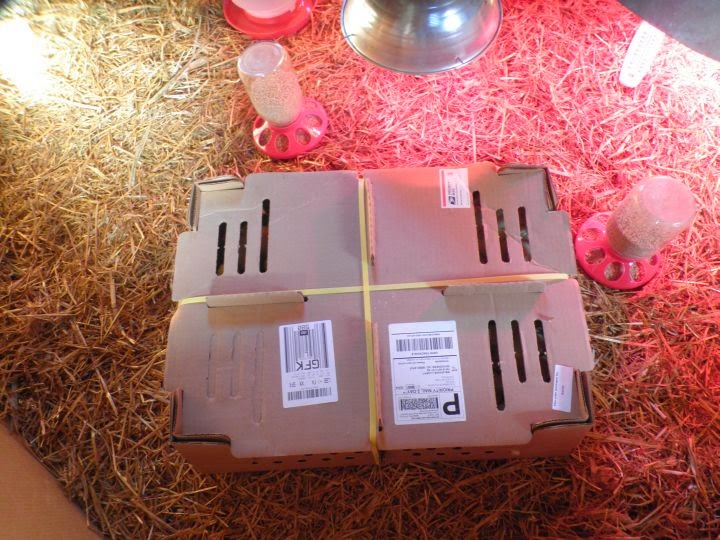 And here is what they look like in the box, you can't tell, but there are 25 Buff Orpingtons and 50 White Cross And 3 months later, this is what they look like now 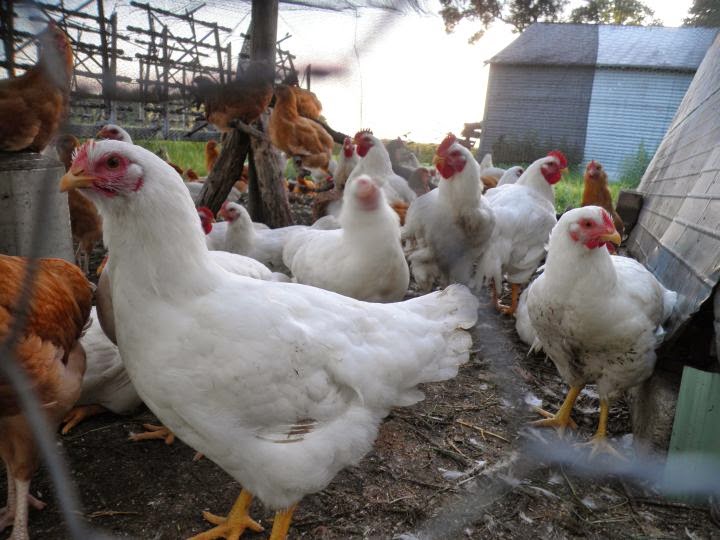 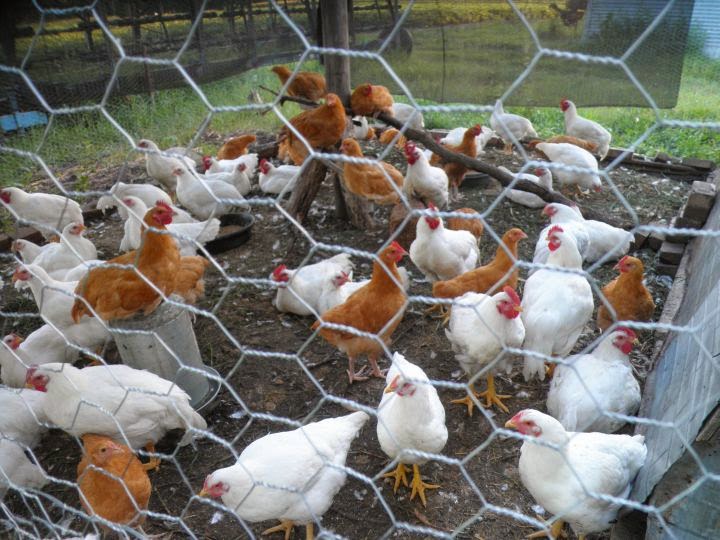 The White Cross roosters and most of the hens will be headed for the freezer next month.  The Buff's and a few white hens will be a new layer flock.

This is what my chicken house looks like.  it is very old, it was old when we moved here in 1976.  I think I need to give it a coat of white wash this summer so it will be brighter this fall and winter. 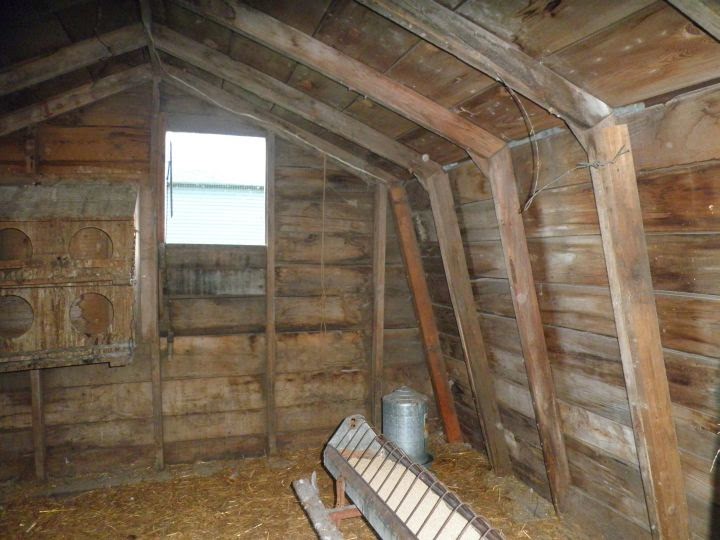 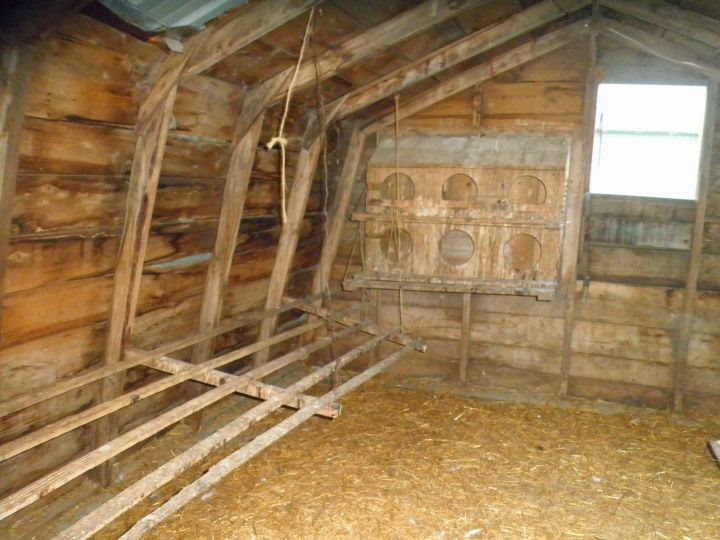 It is only 12' X10' I am standing in the door and there are 2 windows on the same side as the door, and the one window you see is facing west.  The chickens spend most of their days outside in the pen, we can't let them run free range, there is a fox den out in the pasture not too far from the yard.  If they ran free the fox would eat them.  And there are eagles nesting near the river a mile north, they would eat good too, so they are confined to the house and the pen.

Well, this is long enough, but gives you a bit of catch up on me for the past couple of months.
Happy Tatting.