Socks or not and tatting update

My De Quervain Syndrome is not healing very quickly, so I am still unable to tat.

I can crank on my sock machine so am getting that done.

Yesterday I traveled 2.5 hours to Rocking Horse Farm near St Cloud MN they handle both circular and flat knitting machines as well as skads, and skads of yarn and other fiber tools.

Deb Oswald presented a project lesson on making headbands with your CSM.  I was able to complete 2 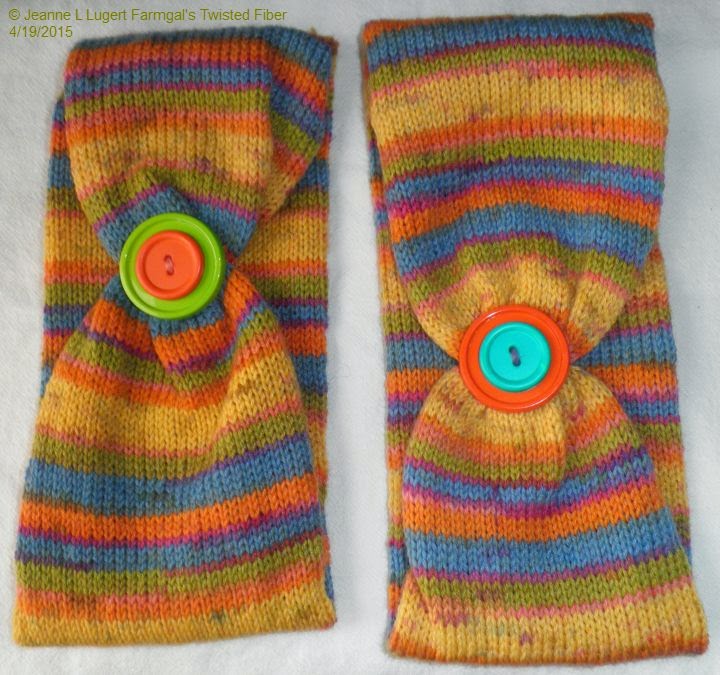 They are available for sale at the top of this page under the page heading Socks & Things for sale.

I have made a more pairs of socks too. 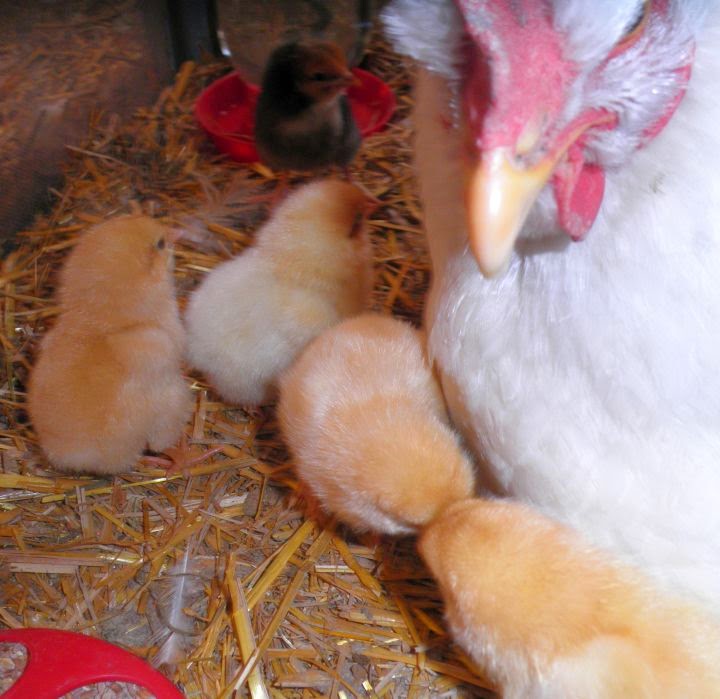 they are a week old now and growing bigger every day.

The little black one in the background disappeared while I was gone yesterday.  I have no idea what happened.  Mama is a very good one, but......

I hope your weekend has been pleasant, you have accomplished all you set out to do.
Much tatting and crafting for all.

This week's craft is sewing

This week, I have been working on another sewing project for our Priest.

He has always wanted a Mercy vestment to wear on Mercy Sunday.

For those unfamiliar with Mercy Sunday it is based on a series of visions by St Faustina concerning the Mercy of Christ.

The image that was given to ST Faustina looks like this

Father found a chasuble with an image of Christ's Mercy on it, but didn't like the style. 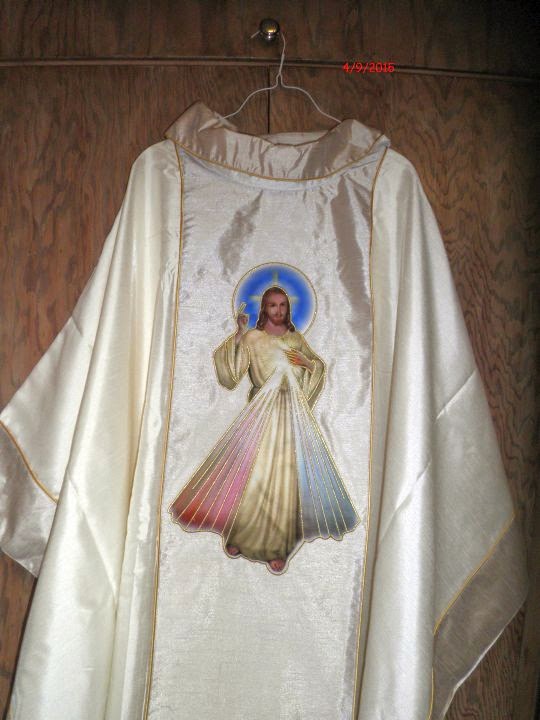 He had another Chasuble he liked but didn't have the image 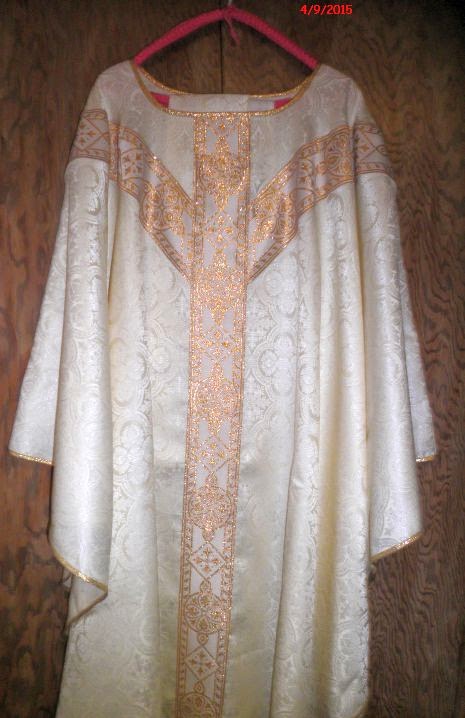 So he asked if I could put the image from the first one onto the 2nd one.
It turned out that the image was actually embroidered directly onto the front and back panels of the first vestment.  So I had to remove the panels and cut around the image  to make an applique.  I was really worried about cutting the gold embroidered threads, but it worked out O.K.

I have gotten the front image stitched on 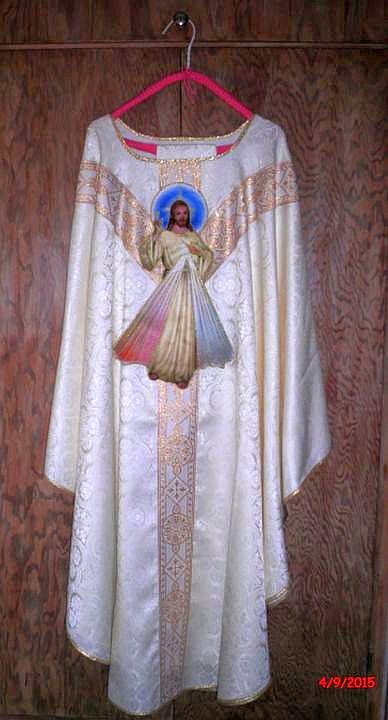 but I used a very thin nylon thread so have to wait for tomorrow morning to do the back so I can see better.

These old eyes had some trouble tonight - actually, I couldn't see the thread, I just  watched the needle placement.
Here is a closer look 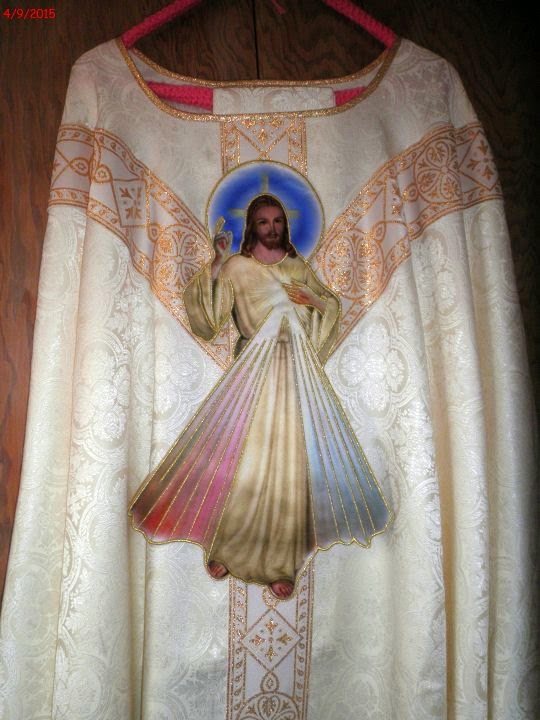 I think it turned out pretty well.

Next week, back to socks, as the de Quervain syndrome in my left wrist is still interfering with my tatting.
UPDATE
It is finished 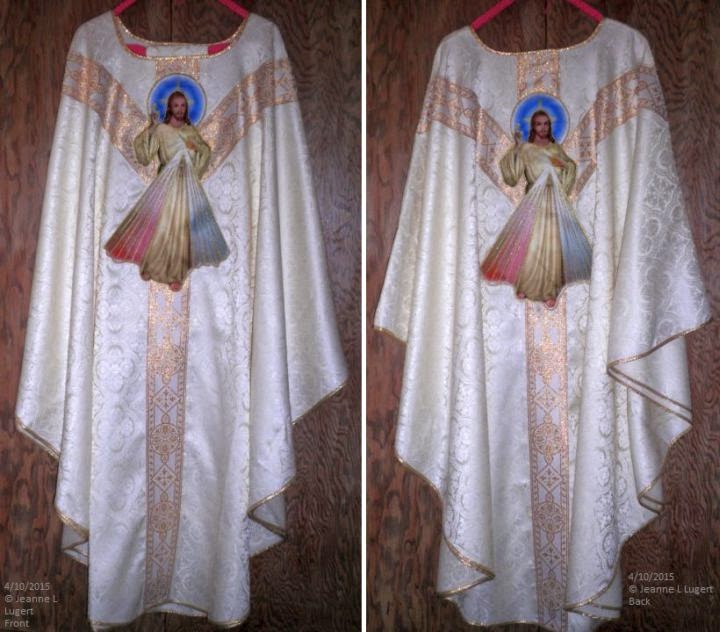